Nepal and China has officially announced the New Height 8848.86M of Mount Everest !

Nepal and China has officially announced the New Height 8848.86M of Mount Everest ! 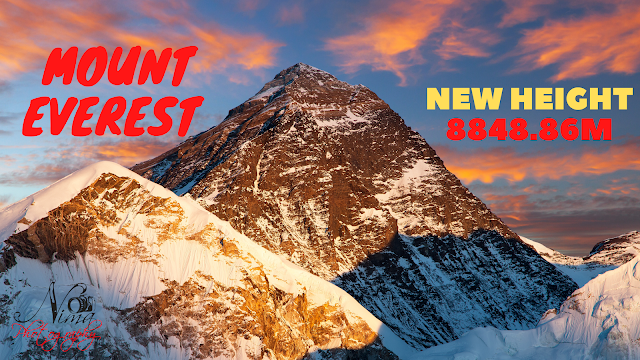 With the top of the world first measured at 29,000 in the 1850’s, it was then publicized as 29,002 feet high. The 2 feet were reportedly added, as the exact 29,000 was thought to be too perfect to be believed. The defined height of Everest has been controversial and has continued to go up and down ever since.

There was also a point in 1987, when an American expedition measured K2, the world’s second tallest peak, and found that by their calculations, as reported in the Washington Post, K2 could perhaps be a bit taller than Everest. That would have caused a great conundrum in the climbing world, and rumors circulated for a few years that Everest might actually be.

While being a few meters taller or shorter is of little consequence to climbers, with the top of Everest defining the border between Nepal and China, having bragging rights over defining the exact height has recently increased in importance. Mountain ranges involving borders have long created geopolitical challenges, and certainly no more so than in the Himalaya.